My daughter has a drawing pad for her PC and I’ve been jelly about it. I was very patient and finally found a deal too cheap to pass up.

I’ve been messing with it and I really like it. Just downloaded pencil2d and I’m going to get my hands dirty on some basic animation.

Sometimes you see things on ebay and you can’t believe what you are seeing. You almost question if the thing is real. Take, for example, this beast.

Dude , what!? Its all there. 2 graphics cards (low end but who cares). It all works! Didn’t have an OS so I grabbed the Microsoft Media Creation tool and ripped Windows 10 to a USB. Loaded just fine. I just upgraded my desktop in all areas for nothin! GTFO!

The case transfer was a success and I can’t believe I forgot to update! We’ve been using it for a while now and it looks like a million bucks in that new case. I had to a lot of cable updates due to the age of that PC but no major expense on my end. Daughter has been using it for animation. My only real issue has been wireless – which is not the PCs fault.

We went to the Garbage /Tears for Fears concert in Columbia and it was awesome. It’s been a while since I’ve done a concert – I think the last one was Sonic Youth.

Think we will make this happen more regularly. Seeing these old bands makes me feel old. The artists still do an amazing job but seeing them age feels “fast” as the only memory I have of them is from music videos.

Landed this for my wife. The 256 X in this price range is a slam dunk. Crazy to see that $1k phone down here. It was delivered just days after the order and was in great shape.

Data Sciences Inc (DSI) was a small software vendor based in Laurel, MD. They produced enterprise software for advertising and circulation business of legacy media. I proudly worked there for over 12 years before they were acquired by Saxotech. The remnants of DSI slowly dissolved after that. She was a good company with good peeps. Some of the support staff got together for lunch and it was like old times. Really miss those days!

It didn’t take long for that 8300 XPS case to piss me off. The prior owner broke off several of the tension brackets on the face plate, causing misalignments and frequent pop offs.

I bought a new Phantecks ATX case. I have to tell ya, it’s been a long damn time since I’ve had to replace a case. Some of the changing standards on MBs over the last decade made this a little more challenging. For example, the fan power was 3 pin socket but the case uses 4 pin plugs. The USB 3.0 ports on the case didn’t match the USB 2.0 connectors. Thankfully I found conversion cables to rectify the problem. But little stuff like that can drive up your costs on what was originally $70 video rig. No LED slots on the MB for the disco fan lights so the case will have to control the show.

The new case cost me another $75 and I’ve spent about $12 in new cables. Not terrible but had it gone any further, I likely woulda scrapped the MB and just gotten a new one.

I have to say though, that new case is amazing for the price. Gone are the days where wires just flopped around. This thing has insane cable management! Can’t wait till she’s all together.

Got this used XPS so my daughter could start doing video animation. Turns out the face plate had most of its rivets busted so it just kind of hangs on. But the machine is a beast so I’m not gonna sweat it. Good specs and I got a used HD at a super cheap price Downloaded Windows 7 and did the free upgrade path to 10. Easy peasy.

Only thing that caught me was the video card (again). It had 3 ports, VGA, HDMI and DVI but it turns out you can only use 2 of the three. I’ll make due with 2 I guess.

This one was a no brainer, I want the GPS capability for when I start jogging again. My other Apple Watch is hanging strong, now I can swap out during workouts.

In my neverending sniping of low prices on eBay, I landed an SE 2020 for $180. Let me repeat that : A 1 year old phone with the top-of-the line processor for $180!!! I honestly had no problems with my 8, but sometimes the price just dictates the upgrade. The lesson keeps repeating itself: patience and diligence will eventually bear fruits. 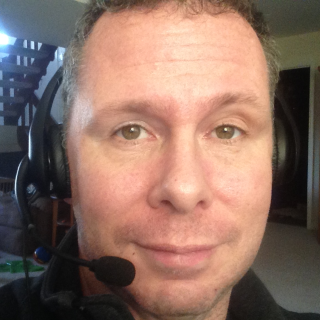 Stacy Mizrahi is an Instructional Designer, writer and IT consultant based in Ellicott City, Maryland. Stacy is a partner at StressDoc Enterprises where he manages website design, marketing and creation of instructional content.